In this New York University Essay Guide, Bullseye advisors Elinor and Shruthi will cover how to approach the 2020-2021 NYU supplementary essays. For more guidance on personal essays and the college application process in general, sign up for a monthly plan to work with an admissions coach 1-on-1.

New York University is a world-renowned, top-ranked institution, situated in one of the most sought-after cities in the world: the Big Apple, the city that never sleeps, the iconic concrete jungle. Although NYU does not have a central campus, that is perhaps its biggest charm. NYU and NYC are one and the same, and to be a student is to be a true New Yorker. With over 26,000 undergraduate students and 230 areas of study, it offers a diverse set of opportunities both inside and outside of the classroom. It is also the largest independent research university in the US and has academic institutions all over the world, including fully-fledged campuses in Shanghai and Abu Dhabi.

NYU boasts over 230 programs and areas of study, with 18 schools to choose from at their New York City campus, including the prestigious Leonard N. Stern School of Business, Tisch School of the Arts, and the College of Arts and Sciences. At the conclusion of the 2019 to 2020 admissions cycle, NYU reported that the newly admitted class of 2024 was their most diverse admitted class in the school’s history: 27% of the class is made of underrepresented minorities, and 18% are Pell Grant recipients. With that, NYU has also reported that this year’s admissions process was also the most selective in the school’s history. The admissions rate was at a record low of 15 percent and the median SAT score set a record high of 1500.

Its immense resources and sought-after locations make it no surprise that NYU received over 84,481 applications this past fall. Of this giant pool, 6,500 students ultimately enrolled at one of its three campuses. There is just one supplemental essay — this is your chance to stand out amongst other applicants. Although it’s long, you’re in luck, as it’s the only one you’ll have to write!

We would like to know more about your interest in NYU. What motivated you to apply to NYU? Why have you applied or expressed interest in a particular campus, school, college, program, and or area of study? If you have applied to more than one, please also tell us why you are interested in these additional areas of study or campuses. We want to understand - Why NYU? (400-word maximum)

Shru: So, although NYU is doing you a bit of a favor with only one essay to write, that doesn’t make this a necessarily easy task. There is a lot riding on this one supplement after all, and within the four hundred words that they allot for your essay, you’re asked to answer a lot!

Elinor: As with other college essays, the key to answering “Why School” prompts is to be specific. It’s not enough to list out NYU’s best qualities — you need to describe yourself, your interests, and what it is that makes New York University a great fit for you, specifically. Using generic or obvious reasons is not going to convince admissions officers, so be wary of citing things that anyone who’s taken a tour of NYU would know.

It’s okay to touch upon NYU’s location in New York or its prestige, but if they represent one of your main reasons for going, it will seem like you didn’t do much research on the school.

Shru: At first glance, this essay might seem like the standard “why school” essay, but NYU is not asking you to read and regurgitate their promotional materials, or even their website. They want to know why YOU want to study what you want to, why YOU want to do that specifically at NYU. In short, they are asking about you - therefore, things unique to you.

The mistake I see time and time again with “why school” essays is that students don’t spend enough time on their personal experiences and instead use up their precious words trying to cram in the names of obscure courses, professors, and the titles of their research publications. Yes, there is merit in doing thorough and specific research about the schools and its course offerings, or expressing your genuine interest in a professor or their work — but what you must first tell a story about YOU, and then connect it organically to the resources offered at NYU — and obviously, there is no shortage of them here.

I recommend thinking about the professional opportunities the city might offer you post-graduation, or giving examples of how you want to incorporate the city into your education. For example, if you are interested in a career in diplomacy and would like to work in the Middle East, NYU-Abu Dhabi’s History major emphasizes a global framework, experiential learning through class trips, and offers lots of courses that delve into different aspects of Middle Eastern history.

Shru: Another point to be wary of with the NYU essay — New York itself. Now, New York is one of the most iconic cities in the world (arguably, the most iconic city in the world). The other biggest mistake you can make with this essay is to write a “why New York” essay instead of a “why New York University” essay. Trust me on this: you will not stand out in a crowd of nearly 85,000 applicants by writing an essay that could be summarized in a stereotypically-tourist “I LOVE NY” t-shirt. Again, the best essays tell stories about you and then connect to the school.

Personally, I centered my essay around a story that, admittedly, took place in New York City. I wrote about my experience interacting with a social justice club from NYU that was camped out in Washington Square Park, and how speaking with those students showed me the possibilities for who I could be at NYU, and how much I wanted to be that person. I then used that opportunity to speak about some of the things that I was passionate about — like immigration reform — as well as what I have done to work towards my goals in these areas, and finally, how NYU could help further my work and dreams.

Elinor: Within NYU, there are multiple schools and colleges. While some of these are meant for graduate students, like the School of Dentistry, there are several schools that undergraduates can choose from. The College of Arts & Sciences offers the majority of undergraduate degrees. You could also consider the Leonard N. Stern School of Business, where you can study topics such as economics, finance, operations, and marketing. Or, if you are interested in creating your own major, you could apply to the Gallatin School of Individualized Study.

Whichever you choose, make sure to do some research into the history of the school, its values, and the different majors and programs it offers. For example, you could take a few minutes to watch NYU’s video explaining The Gallatin Philosophy.

If you’re applying to the College of Arts and Sciences (CAS), you don’t need to focus much on this part of your essay — spend more time explaining why you’re pursuing your chosen major within CAS. A strong answer to this part of the prompt will mention the names of unique programs and courses offered by the school. For example, if you’re applying to NYU Steinhardt, you might discuss your excitement at the chance to learn about songwriting from Vanessa Williams, the 2020-21 Dean’s Scholar-in-Residence.

The key idea is to avoid generic reasons that could easily be said about other New York City universities; instead, name NYU’s unique offerings, then explain why they appeal to you and how you will engage with them.

Elinor: Within the college you apply to, you will have a wide array of majors to choose from. Even if you are already sure of what you want to study, take the time to read through NYU’s list of majors. This list is long, which means that each major is more specific than at other universities. For example, while some schools simply offer “French” or “Linguistics,” New York University offers “French,” “French-Linguistics,” “Romance Languages,” and a combined BA/MA French or French Studies program — as well as 5 related minors.

Take the time to read through the different majors offered by the departments that you’d like to apply to, and consider what about your program of choice interests you the most. Due to NYU’s location, there are often lots of opportunities to learn outside of the classroom — do some research to see where the alumni of your program end up working.

While the bulk of your essay should be about why you want to study your chosen major at NYU, do take some time to explain why you chose this field in the first place — just one or two sentences will do, as you only have around 400 words in total. Some questions you should ask yourself: Does this major include a study abroad component? If so, which study abroad program(s) would I like to do, and why? What systems are in place to help students get internships/work experience in the field? What unique electives does this major offer? What professors have done work that I am interested in? How interdisciplinary is this major? Is it more research-oriented, or pre-professional? What do I want to do as a career, and how does this program support students interested in that field?

Elinor: It’s possible that you might read this blog post, get to the end, and think to yourself: “But the only reasons NYU is on my list in the first place is because it’s prestigious and in New York! I don’t have any other reasons that I want to go there.”

The admissions officers aren’t expecting you to be able to answer this prompt off the top of your head. Although the main reason they are asking is so that they can determine if you are a good fit and likely to enroll if accepted, they also are using this as a clever way of advertising NYU. By giving you this prompt, they know you will likely have to spend some time on their website and reading up on the school. In doing so, they are betting that you will find yourself falling in love with the school. Essentially, this prompt isn’t just for the admissions officers to read — it’s for you to research and learn more about this school. Ultimately, the more time you spend finding great reasons to use in this prompt, the more prepared you will be to make your decision, should you be accepted.

Shru: This year, in light of the COVID-19 pandemic, you may not have gotten to visit NYU and experience interacting with elements of the campus before applying. However, I genuinely believe that the best stories are about moments of genuine connection and displays of true passion.

It doesn’t make the essay any less effective if you had that an interaction with a social justice club at NYU over their social media channels, rather than in person at Washington Square Park. Although you can’t be there in person, I strongly encourage you to engage with the resources that schools provide for student-to-prospective student communication! If you are genuine in your story, your connection, and your passion, then you can stand out.

This New York University essay guide was written by Elinor Martinez (Brown University ‘21) and Shru Bharadwaj (Princeton University, ‘24). If you want to get help writing your NYU application essays from Elinor, Shru, or other Bullseye Admissions advisors, register with Bullseye today. 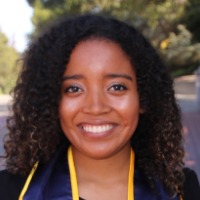 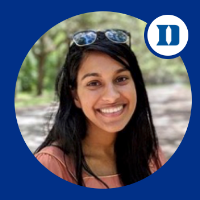 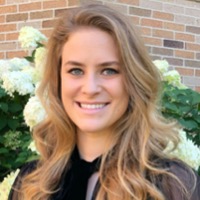 Caroline Marapese
College admissions insights you won't want to miss. Delivered to your inbox weekly.
Sign up for our newsletter
SHARE: