Zoe Simon was a small-town girl with dreams of going to a top school for college. She had always been passionate about her studies, and hoped that her rigorous AP classes and impressive extracurricular activities would ensure her an acceptance letter to a renowned and challenging institution in another part of the country. Zoe was still considering in-state schools, but knew that the type of college experience that she wanted was unlikely to be found in rural Idaho.

To give herself her best chance at making this dream a reality, she spent the months before her senior year preparing for college applications: making a list of colleges to apply to, thinking of who she was going to ask to write her letters of recommendation, and brainstorming for her personal statements.

Her main concern was that she was not going to be able to express herself accurately in her essays. Growing up in a small town meant that everyone knew her, so there was no such thing as an “objective reader.” Zoe worried that this might prevent her from articulating her story effectively in her applications.

Zoe needed outside help: someone who could read her essay drafts and provide honest feedback on whether they accurately reflected her character. She began researching various college application assistance organizations online, but none stuck out to her– they were pretty expensive, and usually only included basic editing support.

That changed, however, when she heard Bullseye mentioned in a YouTube video and reached out to the founder to discuss her goals for college and gain a better idea of what the new service had to offer. After an almost hour-long phone call, Zoe registered as a mentee and a week later began working with Michele Charles, a Stanford graduate passionate about education equity.

Working with a Bullseye mentor was a much more personal experience than Zoe had anticipated. Unlike the counselors at Zoe’s high school who had over 500 students to advise, Michele cultivated a real mentor-mentee bond by getting to know Zoe. Their one-on-one conversations allowed Michele to understand Zoe as a person before reading her essays and giving recommendations on what she should write about. Michele’s personalized attention made her feedback more valuable, and encouraged Zoe self-reflect and think more seriously about what she wanted to say.

Although she is a self-proclaimed extrovert and comfortable talking about herself, Zoe was still nervous to try and capture her life story for an admissions committee. It was during these times of doubt that Zoe received the best advice that she could have ever gotten from Michele: enjoy this moment.

Michele showed Zoe that college essays are a unique opportunity to reflect on herself and her accomplishments. Even though it was nerve-racking at the moment, she should take advantage of this rare opportunity to dive deep and express herself in a few short words. Michele’s advice eased a lot of the pressure Zoe was feeling, and actually helped to shape a very positive experience with the college app process‒ something that Zoe knows she would not have had without Bullseye.

When the spring came and she started receiving decision letters, Zoe initially felt defeated because she had been rejected by her first choice, but after being accepted to 17 schools in a row, she felt secure knowing that she was going to college. She is excited to say that she will be attending Princeton University in the fall and has won over $1 million in merit aid, including the prestigious Coca-Cola scholarship.

Not only is she thrilled to move to New Jersey and attend an amazing school, but she is also glad to be closer to the members of the non-profit that she co-founded, Steam On. Steam On provides free resources to underrepresented students in STEAM (science, technology, engineering, art, and math) and, under Zoe’s leadership as CEO, has gone international. Zoe looks forward to continuing her involvement with the organization and watching it continue to grow and help underserved and underrepresented communities.

Zoe recommends Bullseye to other college applicants because she believes that everyone can benefit from working with someone who can provide them with one-on-one attention and personalized feedback. After filling out applications, working with Michele, and doing a bit of soul-searching, Zoe felt proud of what she had produced.

Zoe’s advice to anyone considering applying to college is to have faith in the process.

She encourages applicants to widen their expectations instead of desperately trying to produce “that one thing” that they know will get them into their dream school. If you trust in the process, Zoe learned, your college application experience won’t just be successful, but meaningful to you.

This success story was based on a phone interview with Zoe Simon. Zoe reached out to us for help with getting another pair of eyes to read her personal statements. If you are also looking for assistance with this part of your applications and are interested in working with a Bullseye Admissions advisor, schedule a free call today. 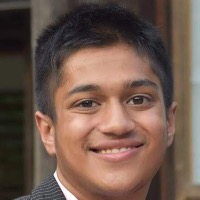 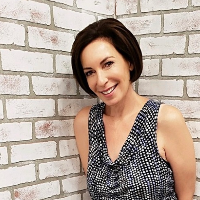 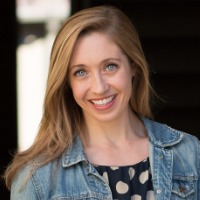 Laura Stram
College admissions insights you won't want to miss. Delivered to your inbox weekly.
Sign up for our newsletter
SHARE: